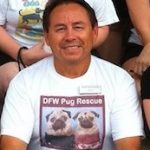 Fred became obsessed with pugs before starting elementary school when he would visit his grandmother and play with her pugs.

He started DFW Pug Rescue Club in 1996 but the club did not “takeoff” until he appeared on TV in 1997 with his pug dressed as “Pug-aham Lincoln with a beard, top hat, and bow tie to promote the first Pug-O-Ween to raise funds for veterinary care.

Fred was the first ultimate foster-failure.  The first rescue pugs that came into his house decided to adopt him and immediately he was a 6 time foster-failure.  It took approximately 10 months before the first foster volunteer was recruited so save Fred from the “foster failure syndrome.” 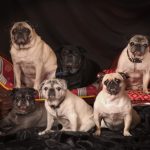 Fred is a United States Marine Corps veteran and was inducted into the UTA Military Science Hall of Honor in 2015 for his career and military accomplishments.  He has been in the IT field for many years and currently sells IBM software.

Watching DFWPRC grow over the past 20+ has been a joy and DFWPRC is blessed to have so many dedicated and loving volunteers. 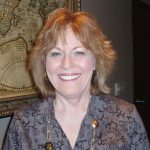 Adoption Director - Jan Jones
Jan retired from the HR field in June, 2011.  Her good friend, Patti Kidd, made her aware of DFWPRC in August, 2011 when she asked Jan to go with her to get two pugs from an owner in Ft.Worth that had them for sale on Craigslist.  She had already contacted DFWPRC to see if they could take them and got them to the group. Jan began as a transport volunteer with DFW Pug Rescue in early 2012, and took over some administrative duties as well. At the time, she had 3 dogs and 2 cats, all rescues, but none of them were a pug. 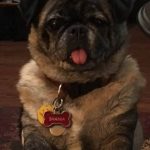 She didn't volunteer to foster originally because she was afraid she’d cave in and knew that she had plenty of pets to love and care for at the time.  However, when DFWPRC brought in 37 pugs in March, 2013, Jan volunteered to simply help keep the cages cleaned out, and change out food and water, BUT, this one little pug kept watching her every time she walked by, and the rest is "history".  DFWPRC didn't have enough fosters at the time, so she volunteered to foster Shania until she was released from medical hold, but when that time came, Jan knew Shania had chosen her and was already home!

Fundraising Events Director - Tammy Pfarrer
At 16, Tammy saw a Pug at Traders Village, it was love at first sight!!! It took her several months and borrowing money to get him but she finally did. Of course, now she would never buy a pug but at the time she was young and in love

Tammy has been working in or with some sort of rescue 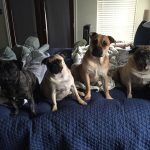 since she was 14 years old. She started grooming dogs for free. Then she worked with the ASPCA and The HSNT for several years. She started getting involved with DFWPRC 4 years ago.

Tammy loves helping to see the progress of the pugs rescued to a loving forever home, which she says is truly rewarding. 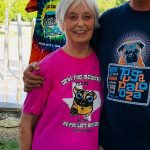 Finance Director - Karolyn Gorham
Karolyn’s obsession with pugs began in 1997 when she got “Charley” for Christmas.  Earlier that year her husband forgot her April birthday and was so upset with himself that he decided to spend the remainder of the year making it up to her. She has recieved a lot of spectacular gifts, fun trips and outings but the ultimate gift was Charley.  The moment Ken walked into the house with him and Charley raised his clunky head and looked at her with his adorable face, she was smitten – total obsessive love! When Charley was a year and half old they decided he needed a pug playmate and they found DFW Pug Rescue. They adopted Rocky (Dougie) and Karolyn made the decision that she would volunteer for the group after she retired. That became a reality in 2007.  Meanwhile, Rocky had died at 12 years old and Karolyn rescued Miss Tootie on her own.

In 2007 she began transporting and fostering, went from two pugs to six and became the group’s President in 2009.  After a couple of years, the decision was made to expand the board and Karolyn became the Financial Director.

Over the years Karolyn and her husband have fostered a lot of fascinating, wonderful pugs.  There were sad times when Charley died at 16, Shasta at 14, Mighty Max at 14 and Miss Tootie at 13 but they were blessed by their time with them. Karolyn currently lives in Plano with her husband and two pugs, Crickett (10), Lola (12) and Ozzy (11) our mini Schnauzer.

Operations Director - Crissy Mondragon
Crissy found DFW Pug Rescue in 2013 when both she and her husband decided that their young pug boy needed a playmate.  Crissy’s husband had always wanted a pug and they found their first in Stephenville, 2010 and have been smitten ever since!  Their sweet pug angel turned out to be very particular about his new playmate which led to the abandonment of adopting another. Soon after, a Director called to ask about doing a few home visits and that led to assisting with foster application processing, foster team leading, transporting, to being Foster Director and now Operations Director.

After volunteering to pick up a pug near Lubbock and agreeing to keep over the weekend the search for a playmate was over and a new family member was adopted!   Picky pug boy shared his toys and had found a new snuggle buddy.

Crissy and her husband stay busy raising a small herd of miniature cattle and are owners of a consulting business.  In her free time she can be found in her greenhouse/garden, firing up the kiln for ceramics and of course playing with her furry critters.

Volunteering for DFW Pug Rescue and watching rescued pugs blossom is a great feeling along with witnessing the teamwork and friendships that result from everyone coming together with the same goal is as good as it gets! 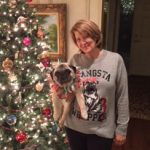 Medical Director - Susan Chapman
Susan Chapman has been with DFW Pug Rescue for about 12 years. She started rescue as a foster parent  but after 2 foster failures her husband told her to find another role!

When Susan's oldest daughter got a pug, she was smitten. She got one of her own and then another...she was hooked! After attending her first PugoWeen she took a step to volunteer. Previously, she worked as an adoption counselor with the SPCA. Currently, she is our Medical Director and Adoption Counselor.

If you talk to Susan during the week day hours you will probably hear babies crying, toddlers screeching and dogs barking. They watch 4  grand-daughters daily, (ages 8 mos. to 5 yrs) 5 days a week. She watches grandchildren daily. Susan's home is shared with two pugs, both senior males, Woody and Toby. They are both 13 years old.

DFW Pug Rescue is more than a volunteer opportunity for Susan, it’s a passion. To help these wonderful creatures get a second chance at life is so worth it! 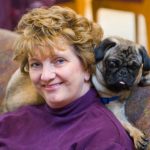 Transportation/Owner Surrender/Intake Director - Judith Wells
Judith and her husband, Gary, discovered DFW Pug Rescue after they found an elderly pug dumped in their front yard one cold winter morning before Thanksgiving about 10 years ago.  Although, they posted notices in their neighborhood and checked with DFW Pug Rescue, they could not find the pug's owner. After a matter of days, Judith and her husband were hooked.  They loved Weezie and the rest is history.  When they decided to get a second pug, they immediately turned to DFW Pug Rescue.  It wasn't long after adopting their beloved Ranger that they became volunteers and then soon followed as foster failures. Judith and her husband, Gary, love giving pugs a second chance at a wonderful life. They do so in loving memory of their first pug - Weezie. 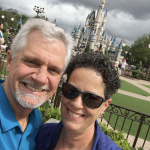 Volunteer Coordinator - Michelle Threadgill
Michelle is the Volunteer Coordinator for DFW Pug Rescue Club.  She started volunteering in dog rescue seven years ago as a transport coordinator.  She and her husband, David and her mother, Linda started fostering for DFW Pug Rescue in the summer of 2017.  She has one foster fail, Molly along with her Brussels Griffon brother Abraham. 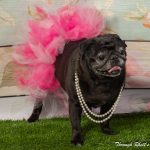 Michelle and family have lived in Garland for the last 30+ years.   She is the mother of three sons and four grandchildren. 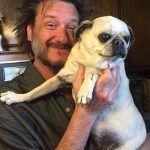 I was chosen by my first pug when we exhausted our efforts to find her family after a big East Texas storm in late 2007. Gladys Knight passed in 2011, and during her time with us, she made it clear that pugs were “my” breed. My wife brought home a male pug puppy a couple months later, and he instantly captured our hearts.

Shortly after, I learned of DFW Pug Rescue, and I found myself looking at their website with increasing frequency. On Christmas Eve of 2013, I saw a little black pug girl who had just had her eyes removed, and she was up for adoption. Her sutures looked like little green eyelashes. Long story short, she came home with us on New Year’s Day. She is now the first of five pugs we’ve adopted from DFWPRC.

I’m currently semi-retired from 28 years in the restaurant industry, and I’ve been a volunteer for DFWPRC for just over a year now, performing home visits and transports, as well as providing a foster home. Fostering pugs is such a rewarding experience! We get to meet and care for some great little personalities, and we still get that happy feeling when we find the perfect homes for them. DFW Pug Rescue is a fantastic organization, and I’m proud to be a part of it. 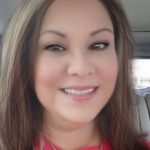 I got my first pug, Babaloo, he was a black puppy in 1990 and had him for 17 wonderful years. Since then I have had 4 pugs of my own, sadly all have past due to medical conditions, cancer, diabetes compounded with lymphoma (that’s how I learned everything on canine diabetes.)

I then became involved with DFW Pug in 2011 when I started my fostering career taking on two pugs my first go round, of course I immediately became a foster failure. My most recent foster was Rocky Balboa, he was diabetic, blind and “hard of hearing”, sadly, he crossed the rainbow bridge in April of this year and has been greatly missed. I have loved my time with the rescue thus far, and of course ALL the fosters I have been fortunate to have come through my home. I look forward to many more years with the rescue and of course PUGS!

I have a wonderful husband (aka the dog whisperer for abandoned animals) and a terrific son attending Texas Tech. If I could have all the pugs in the world I would – my mottoes are “pug hair is my glitter”; "dog hair is an accessory" and of course "dog hair, don't care!" 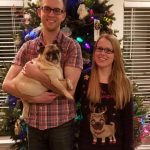 Gina got her first pug, Chelsea, as a puppy in 1998. Although Chelsea was purchased as a puppy for her by her mother, she was the reason Gina became obsessed with pugs and she eventually led her to DFW Pug Rescue.

In 2015, she took Chelsea to their first ever rescue event... Pug-a-Palooza! Gina had never been to anything like that before but she knew right away that she had found her "people".

After Chelsea passed away at the ripe old age of 18, Gina started with transports to get her "pug fix". Eventually, she decided she was ready to foster... and in less that one week she had her first "foster fail" in her senior foster Prancer! Prancer lived out his golden years with Gina and her husband, being as spoiled as any pug you've ever met